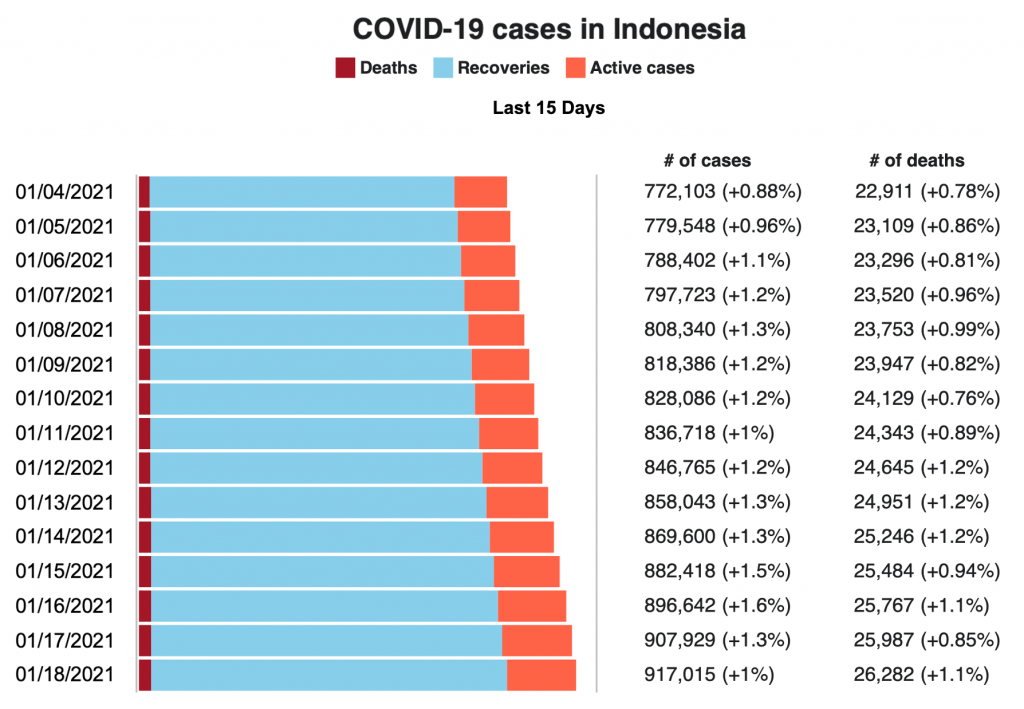 President Jokowi and many other “influencers” received their initial COVID vaccine injections on January 12, symbolizing the government’s concern for public confidence in the Chinese-made product “Coronovac”. Frontline workers are already receiving the vaccine.

Hospitals in Jakarta are overflowing with COVID patients. CNN Indonesia reported the case of a patient who died in a taxi after being turned away by 10 hospitals.

Although testing in Indonesia and Brazil revealed efficacy rates of 50-65% it still can have an impact. The vaccine’s effectiveness at preventing loss of life is closer to 100% and 75% for preventing mild, flu-like symptoms.

Severe flooding in South Kalimantan has displaced over 20,000 people, complicating COVID testing and the vaccine rollout.

Foreign travel restriction to Indonesia is currently active until January 28 while the Covid-19 restrictions (PKPM) for most of Java and Bali is in effect at least through January 25 – depending on the Covid-19 case numbers.