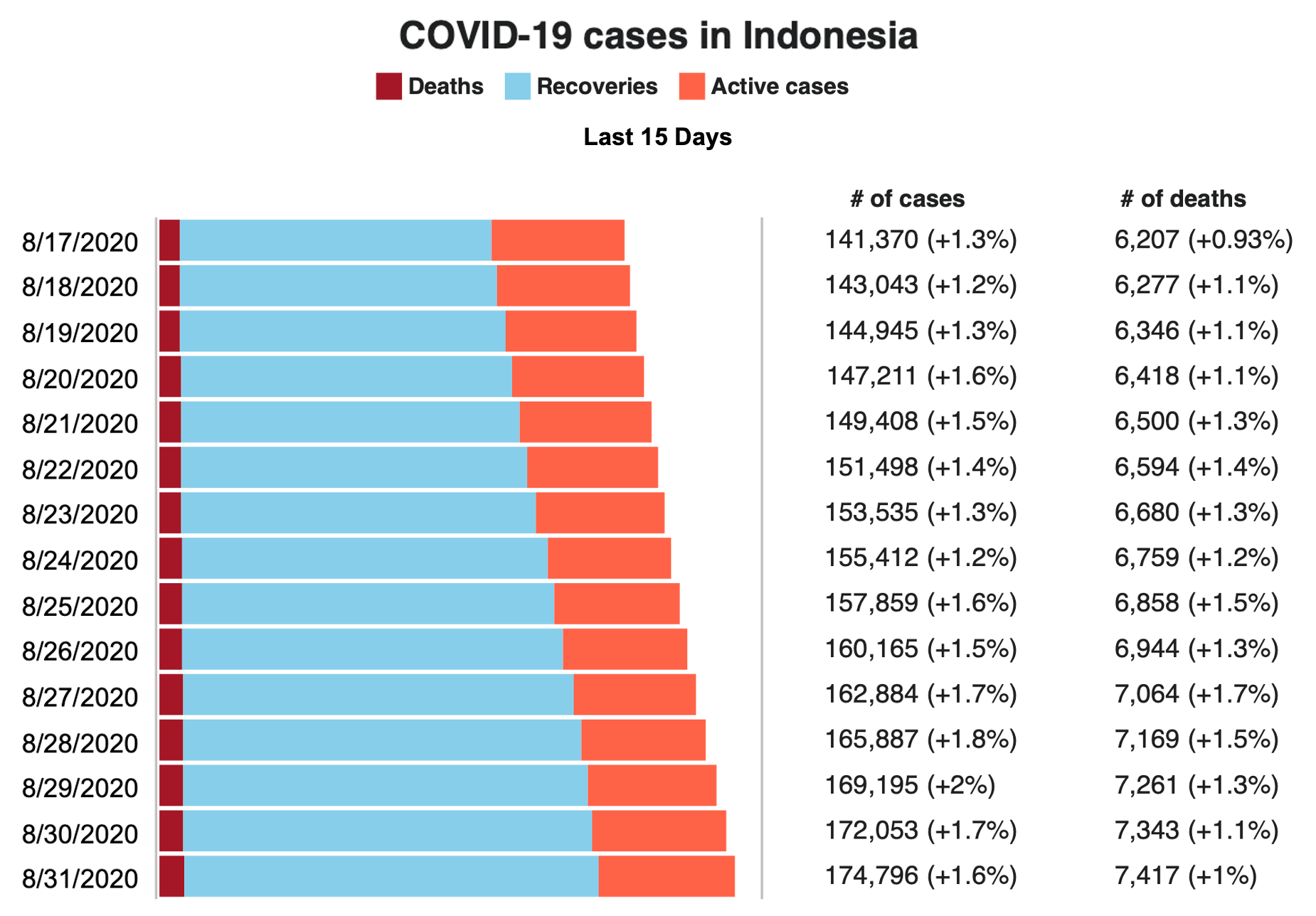 However, because recoveries are outpacing the new cases and deaths, active cases fell 7% week-on-week, the sharpest drop since the pandemic began. This may be a sign that treatments have improved, although this is not yet conclusive.   If testing numbers go up that could unveil more new cases, enough to reverse the decline in active case numbers.

Due to a continued rise in new cases in Jakarta its governor, Anies Baswedan, has extended large scale social restrictions (no bars, nightclubs and commercial operations at 50% of capacity).

Advanced trials of a potential COVID-19 vaccine developed in China are currently under way in Indonesia and more than 2000 Indonesians have signed up for the trial of the vaccine developed by Chinese pharmaceutical manufacturer Sinovac.

Local tourism Not Yet Helping Bali: The decision to postpone a plan to reopen Bali to foreign tourists was not an easy one, a spokesperson of the Bali Hotel General Managers Association (IHGMA) has said. “We’re not sure how the Bali tourism industry can survive until early 2021 with the addition of four to five months [of closure],” said.  “The reopening of tourism to local residents on July 9 and domestic tourists on July 31 has not had a significant effect on increasing hotel occupancy in Bali,” Made said.