The Ghost of Ali Wardana

THE GHOST OF ALI WARDANA

In 1975 a bombshell hit the Indonesian economy: after many years of massive, short-term borrowing and corruption, the Indonesian government of President Suharto publicly declared Pertamina, the state-owned oil conglomerate, bankrupt, having accumulated debts of $10.5 billion. Indonesia’s reputation and ability to borrow was severely damaged. A similar economic catastrophe may now be brewing. 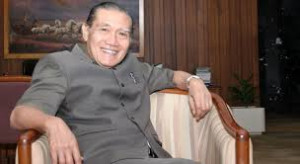 In the early 1970’s Indonesia had poured its newfound wealth derived from OPEC’s price hikes into development projects and emerging industries, some sustainable, but others no more than cash cows for those that built and supplied them. Pertamina and its subsidiaries owned hotels, golf courses, and guest houses across the archipelago as well as restaurants in NY City that never turned a profit. Its leadership formed inside partnerships with private companies in real estate, automobiles, telecommunications, and oil tankers. It took Arthur Young (accounting) and advisors from Kuhn, Loeb & Company, S. G. Warburg, and Lazard, Freres & Company several years to complete an audit, and restructure Pertamina’s debts. The bankruptcy almost took down several of Indonesian best companies such as auto/motorcycle giant Astra as well as several state banks. Years later in 1983 the legendary Finance Minister Ali Wardana saw the whole sordid episode as an object lesson: ‘‘We regarded the Pertamina debt crisis as an important lesson in the need for comprehensive debt monitoring procedures and following the experience, action was taken accordingly,” Wardhana told the 14th Congress of the International Association of Financial Executives Institutes.

Unfortunately, it now appears that Wardhana’s statement was premature. For the second time in as many years a major state-owned company is bankrupt. In 2020 it was the state-owned insurance company PT Jiwisraya which owed $2.5 billion it did not have to policy holders lured by “guaranteed” interest rates of 13% on its savings and traditional insurance policies based on a Ponzi scheme. Now, Garuda Airlines, Indonesia’s flagship airline and pride of the nation, has racked up debts of $6.3 billion and will need $1 billion or more immediately to stay afloat. Erick Thohir, Indonesia’s Minister of State-Owned Enterprises wrote: “Restructuring attempts will continue. Negotiations on Garuda’s debts that now are US$7 billion due to high leasing costs that reach 26 percent and also because of corruption are being negotiated with the lessors”.

For many years the “sotto voce” definition of Garuda (as an acronym) was “Good Airline Under Dutch Administration” but after some hiccups in the late 1990’s due to the Asian Financial Crisis and a temporary EU ban from 2005-2007 due to safety concerns, Garuda’s safety and service improved to the point that it won several international awards for its service and on-time record. However, behind the cosmetics was the age-old story of internal corruption, revealed by Minister Thohir as kickbacks on bad leasing deals. Its likely Indonesia was paying twice what other airlines pay for the same equipment. What else is lurking on the books?

The balance sheets of Indonesia’s state-owned enterprises have been worrisome for years. Many have now been converted to limited liability companies (such as the banks) and are supposed to function at a profit without regular cash injections. But Indonesia isn’t always able to achieve this goal. Subsidies remain for gasoline whose sale is essentially a state-run monopoly, and many of the state-owned construction companies receive direct funding as if they were government departments. One of the purposes of the new Indonesia Invest Authority (INA) is to turn the debts of many SOE’s into equity.

There has been very little reporting on effect of Garuda’s bankruptcy to other state entities and the private sector but there will certainly be a domino effect. Garuda buys fuel from Pertamina and is notoriously behind in paying its bills. It may be deeply indebted to state as well as private banks.

The US is an outlier in that it has few SOE’s. Sufficient capital for our energy companies, airlines, and construction companies came directly from Wall Street. Most countries don’t have a sufficiently strong capital market so SOE’s were necessary. I believe Indonesia also persists with many of its SOE’s because at heart most Indonesians share a communal sense that is reflected in government ownership. Politicians score with voters by elevating the SOE’s as “people owned” entities that shield the average Indonesian from the ups and downs of the commercial marketplace. Efforts to privatize them sputter in the face of not just his notion, but how useful they can be for political parties. Just this week the Con Court ruled that SOE Mining companies should have advantages over private companies. (See story on page 2).

However, perhaps things may be changing. A few months ago, SOEs Ministry proposed the allocation of Rp 72 trillion (US$5.127 billion) for capital injections next year to assist debt laden SOEs and streamline government projects. However, President Jokowi said on Oct. 16 that he wanted to stop government capital injections and other “protections” to ailing SOEs, noting that he would prefer instead to close them as government underwriting had kept SOEs uncompetitive and unprofessional. He didn’t mention shuttering Garuda and it is hard to imagine that happening, especially since talks with creditors are ongoing. But at the very least the airline will pull back from international routes, as it did after 1998.

Erick Thohir is to be commended for calling a spade a spade and acknowledging the role corruption has played at Garuda. He and others will push hard to restructure Garuda and let’s hope he also does some serious housecleaning. A full public audit would be a positive step in restoring Indonesia’s reputation. A more transparent management and oversight policy (involving strong whistle blower protections) may have yielded a different outcome for one of Indonesia’s crown jewels as well as other vulnerable SOE’s. We can measure Indonesia’s seriousness to reform them by noting how much of the $5 billion requested capital injections occurs. Meanwhile, the ghost of Ali Wardhana is surely suffering.

(These views are the author’s and may not reflect those of AICC or its members.)