Cumulative number of reported cases: As of 4/12

Coordinating Minister for Maritime Affairs and Investment Luhut Binsar Pandjaitan (head of the country’s Covid mitigation efforts) recently said that Indonesia had brought the highly contagious Omicron coronavirus variant transmission under control. “In less than three months, the daily cases nationwide have dropped by 97 percent since the Omicron peak. Active cases have declined by 83 percent since the last peak and we now have less than 100,000 active cases,” Luhut said. Indonesia’s positivity rate is now at 4 percent, which is lower than the 5 percent threshold set by the WHO (World Health Organization). Covid-related deaths have fallen by 88 percent since the Omicron wave’s peak, according to Luhut. “Judging by all this data, we conclude that the Omicron variant situation in Indonesia is now under control,” the minister said. 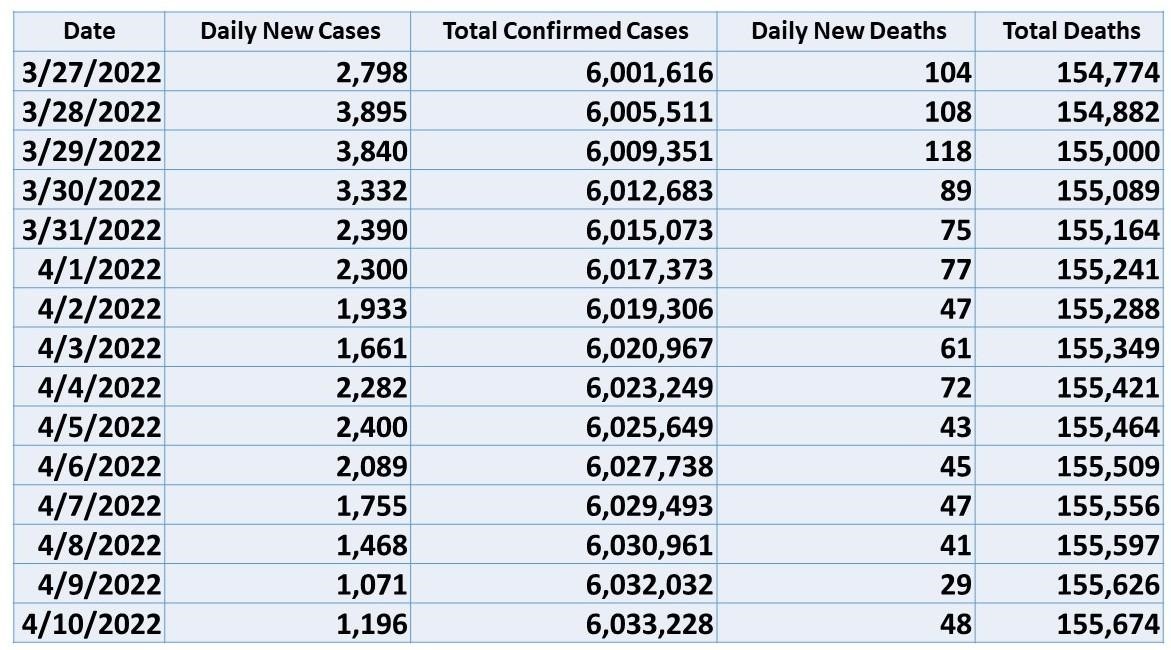 Travel- No PCR Test Upon Arrival

Indonesia moved to reopen the country for tourism and other travel by ending all quarantine requirements for fully vaccinated travelers on March 22. A PCR test will no longer be administered upon arrival.

The actual process to obtain a visitor visa (tourist or business) remains the same for the time being (according to the Indonesian Consulate in NY). This requires a local sponsor/guarantor. However, since entry to Bali is now visa-upon-arrival (no local sponsor) this will eventually apply to entry through other international gateways.

Our advice: Check websites or airlines or the Indonesian government (Consulates) before your departure. You may need to show proof of hotel booking or travel/medical insurance upon arrival. AICC’s website will also be updated. (www.aiccusa.org)

President Jokowi seemingly ended the debate over postponing the 2024 Presidential elections by declaring February 14, 2024 would be the election date and directing ministers and other officials to stop making remarks on the subject. The Golkar Party quickly moved to change its position from for to against postponement.

Indonesian Foreign Minister Retno Marsudi has called on Russia to immediately cease the ongoing military campaign in Ukraine out of respect to international law and the United Nations Charter. During a meeting with her Russian counterpart Sergey Lavrov in the Chinese city of Tunxi on Wednesday, Retno also urged the warring countries to reach a peaceful settlement through dialogues. Retno said the war in Ukraine greatly affects the global economic recovery and causes a humanitarian crisis in Ukraine. “I reiterate Indonesia’s strong commitment to the principles of international law and respect to articles of the UN Charter on, among other things, national sovereignty and territorial integrity,” Retno said

Indonesia’s Parliament passed a landmark bill on sexual violence. The law provides a legal basis for victims to lodge complaints and includes prison terms of up to 12 years for crimes of physical sexual abuse, both in marriage and outside, 15 years for sexual exploitation, nine years for forced marriage, which include child marriage, and four years for circulating non-consensual sexual content. It stipulated that a court must compel convicted abusers to pay restitution and authorities to provide counselling to victims.