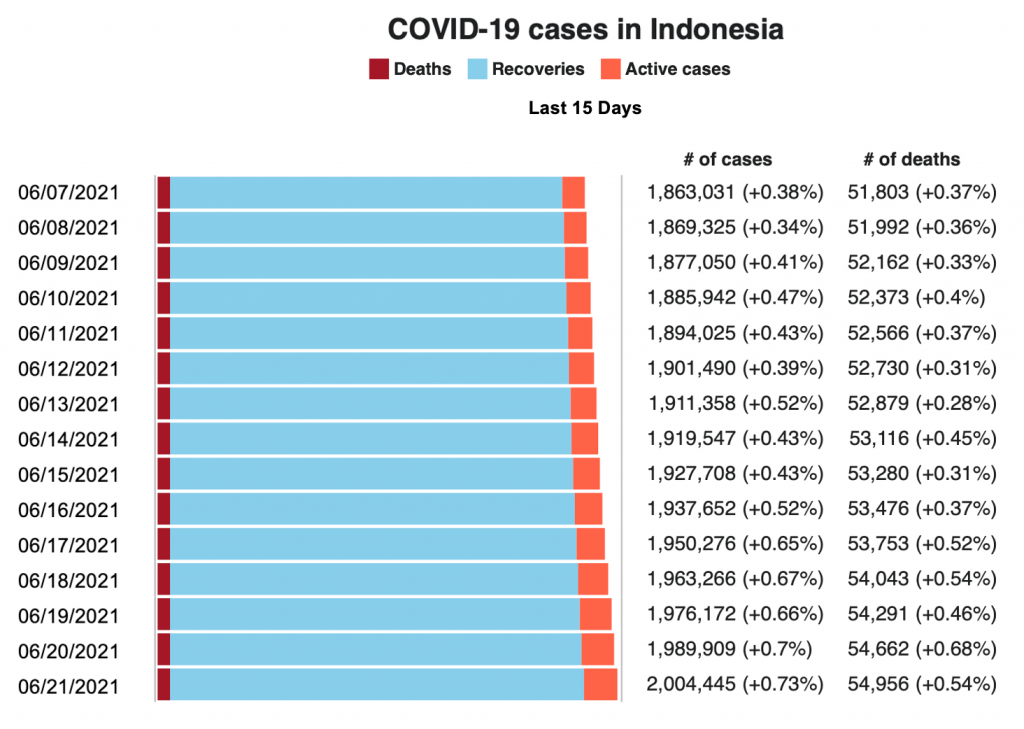 Indonesia registered its 2 millionth case this week amid a spike that began 2 weeks ago. The government is tightened its micro/local social restrictions—mandating more work from home in many offices but several governors (i.e. Jakarta, Yogyakarta) are already talking about lockdowns. This will be the policy debate going forward.

Indonesia is now banning travelers from India and Pakistan or who have traveled there. Check your airline regarding their route and landing policy.

Indonesia has not yet opened access for visa-on-arrival and visa-free during the COVID-19 pandemic, except for foreigners with essential purposes such as businesses, works, or humanitarian reasons. Visit Indonesian Immigration (https://www.imigrasi.go.id) and the Indonesian Embassy (https://kemlu.go.id/washington/en) for updated visa and entry requirements as regulations may change frequently.

Port of entry for international flights remains Jakarta for most flights.

The current situation is that you need to have a local sponsor to obtain a visa and you have to undergo a 5-night quarantine but should new cases spike, especially those involving the Indian variant, Indonesia could lengthen them to 14 days.  The local sponsor applies directly to Indonesia’s immigration department. Jakarta is currently the only port of entry; you fly to other regions (i.e. Bali) from there.

AICC member PT Cekindo is currently arranged business visas if you do not have a local sponsor. Contact: Vincent Cellier vincent.cellier@cekindo.com

UAE Tax Treaty: Indonesia has ratified a tax treaty with the United Arab Emirates (UAE) that straightens out taxation terms for cross-border transactions amid growing economic activity between the two countries.