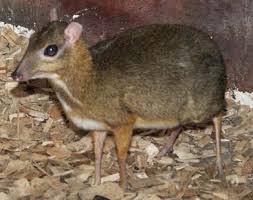 Indonesia is like the folktale character Mouse Deer (Kancil) Kancil,  a small “mouse” deer that despite his size outwits crocodiles, tigers, elephants, using his cunning and resourcefulness to survive in a dangerous world. Given that Indonesia is about to have Presidential and Parliamentary elections next month, the topic of the current BIES quarterly report “Risks, Resilience, and Reforms: Indonesia’s Financial System in 2019”, is particularly timely. Produced by the Australian National University, BIES is a quarterly journal whose contributors often include “rising star” Indonesian economists (Mari Pangestu, Chatib Basri). The report concludes that Kancil’s resilience “could be tested sooner rather than later.” Below is a summary of their analysis and recommendations.

SOEs and Infrastructure Finance: Indonesia’s logistics costs are far higher than her neighbors in mainland SEA. After his election President Jokowi’s unveiled an ambitious $363 billion plan to construct new toll roads, ports, bridges, power plants, airports, and reservoirs. Funding was to be 40% from the government’s own budget and 60% from state-owned enterprises and the private sector. The plan is underway but at a reduced pace given difficulties in land acquisition, permitting and financing. By and large SOE’s are doing the building and they have assumed massive loans (often from Chinese institutions) requiring direct government transfers to remain profitable. BIES and other analysts are concerned about SOE health and overleverage. Can they survive a liquidity or solvency problem? What if oil and the US dollar trend upwards?

Banking Sector Liquidity: Indonesian banks today are required to hold capital above internationally recognized norms (Basel III); they are buffered at rates higher than most Asian banks. By and large most banks have taken steps to curtail spurious lending and non-performing loan ratio is below 3 %. Although the sector can be characterized as solvent the concern in liquidity and the dependence on foreign capital. Government policy encouraged more lending throughout 2018 and the loan-to-deposit ratio grew to an average 93.8% with some smaller banks above 100%. Liquidity in the system is still dependent on foreign inflows into Indonesian debt and equity instruments. Concerns that banks were moving into a danger zone abated after capital flows returned during the last quarter of 2014. However, Indonesia needs to continue to deepen its capital markets by all means necessary including: financial inclusion, e-banking, joining international protocols on swaps and derivatives, and creating more products ( mutual funds, revenue-backed bonds), and increasing direct foreign investment.

Government: 97% of the government’s debt is long term, 80% is in bonds. 41% of the bonds are held by foreigners. Risk of capital flight remains but is currently on the low side given US Fed statements that interest rates will remain unchanged for 2019.
Private sector: Has been increasing its foreign-denominated debt since October as the rupiah began appreciated.

The long shadow of the controversial 2008 Bank Century bailout remains. After the 2008 global crisis Indonesia created a financial system crisis prevention system based on a new 2016 law dedicated to creating it. The law requires a coordination between 7 agencies and a Crisis Committee of 4 (Finance Ministry, Bank Indonesia, Financial Services Authority, and Deposit Insurance Agency). No one entity can act alone in the event of a crisis as occurred in the past. The bank bailout mechanism of the past has been replaced by one in which shareholders are made creditors and unsecured liabilities are written down or terminated. Banks are supposed to have enough assets to stabilize themselves in a crisis as well as a plan regarding assets that can be sold or restructured. This system has been yet to be tested an analysts are concerned that the Crisis Committee can act quickly enough in the event of a crisis. The concern is that the many contingencies and required inter-agency coordination could prevent individual institutions from taking responsibility to solve the case of an illiquid bank. The paradox is that the new law was designed to address the lack of individual responsibility in the first place.

BIES states that Indonesia has access to many bilateral currency swap facilities and multilateral support from trusted institutions such as the World Bank, Asian Development Bank, IMF, and the Chiang Mai Initiative (CMI).  Stung by what is now perceived to have been bad advice from the IMF in 1998, Indonesia tends to avoid its support as it did in 2008. Given that the World Bank usually offers its support via the IMF and the CMI is untested, BIES believes Indonesia would have to rely on a patchwork of loans and currency swaps with regional partners in the event of a major crisis who themselves may be in a similar situation. Some level of risk remains within the external “back stop”.

The Future of Indonesia’s Financial Sector: Importance of Financial Deepening:

BIES authors conclude: “In sum, strengthening financial resilience in Indonesia requires short- and long-term reforms. The spillover-rich international environment of recent years, in which financial and policy developments in one country have had significant implications for other countries, shows no signs of abating. The resilience of Indonesia’s financial system could be tested sooner rather than later.”