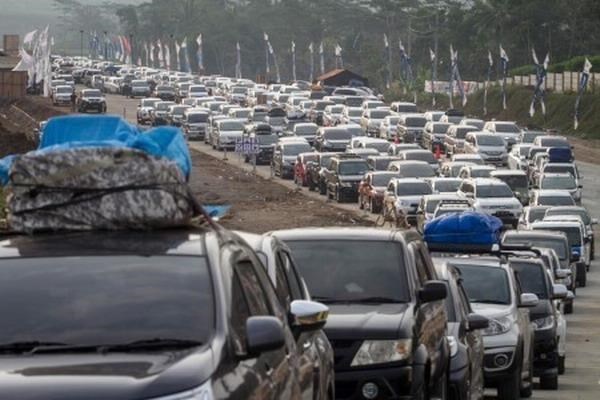 Indonesians have begun the mass movement (mudik) that occurs annually at the conclusion of Ramadhan, the holy fasting month. Idul Fitri/Lebaran is a back-to-one’s-roots moment relocating millions out cities to be with their families. Jakarta suddenly becomes a quiet, small town.

The holiday’s message of peace, inclusiveness, and forgiveness could not have come at a better time given the level of divisiveness that accompanied April’s Presidential election. The country has been on edge following the riots of May 21-23 that killed 6. Amidst the legitimate protesters were paid thugs and provocateurs and although the police have said they know who financed the violence, they have yet to make any arrests. However, several former generals were arrested on charges of treason for allegedly supporting the protests. Prabowo’s supporters have submitted evidence of election irregularities to the Constitutional Court without success.

Although the results of the election (won by Jokowi 56-44%) are still being analyzed, they clearly represent a hardening of religious cleavage around the country. Compared to 2014, religion seems to have been the most important factor in 2019 predicting whether a region voted for Prabowo or Jokowi. A secondary factor was ethnicity (Javanese vs non Javanese). Wrapped together it means the President increased his support in regions that were majority non-Muslim (Bali, North Sulawesi) and ethnic Javanese (Central and East Java. The reverse also occurred: Prabowo gained votes in Aceh, West Java (Sundanese ethnic group), and West Sumatra.

The streets are now quiet and the country is also mourning the loss of former First Lady Ani Yudhoyono after a long bout with cancer. Next week the flow of people will reverse and the country will be back at work. President Jokowi has yet to make any overt moves regarding changes to his Cabinet but seems to be considering younger figures including Ibu Ani’s son Agus. (see page 3)

Many analysts, including those that spoke at our May 2 event, (see left column) believe the election was, in part, a referendum on enlarging the role of religion as a basis for the State. For example, whether or not to make sharia law part of national law. If so, it failed. Indonesians showed again that they want to maintain a secular, pluralist Republic.

However, the role of Islam in the life of the country is increasing inexorably. Witness the President’s first major policy statement following his re-election: a “master plan” to create a sharia economy. As noted by Planning Minister Bambang Brodjonegoro, Indonesia realizes it is behind the curve as the country with the largest Muslim population when it comes to producing halal products. (Imports far outstrip exports) A few days later, the long awaited regulation on halal certifications was released. (see page 2 for details) Covering mostly consumer products, the regulation, if widely enforced, could hurt small businesses who will not be financially able to abide by its strict separation of halal and non-halal products across production, storage, shipment and display.

At first glance, sharia economy and the halal regulations may be no more than a modest wish list for a re-orientation of the economy, rather than a mandate. Clearly, some consumers are attracted to halal products and many local and foreign companies voluntarily obtain halal certifications. A similar imperative by Bank Indonesia empowered sharia finance but did not force it. We hope the harmony and flexibility represented by Idul Fitri extends to the President’s new plan. We would not want to see Indonesia’s economic growth impaled on a new sharia/halal certification bureaucratic debacle.