President Obama has nominated Joseph R. Donovan Jr. to be America’s next Ambassador to the Republic of Indonesia.  Hon. Robert Blake served his last full day as ambassador on Monday, July 18, and is heading back to United States and retiring from the foreign service. 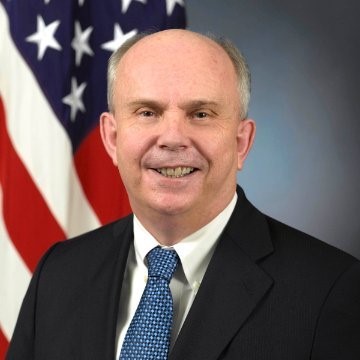 Joseph R. Donovan, Jr., a career member of the Foreign Service, Class of Minister-Counselor, is Managing Director of the Washington Office of the American Institute in Taiwan, a position he has held since 2014.  Previously, Mr. Donovan served as Foreign Policy Advisor to the Chairman of the Joint Chiefs of Staff at the Pentagon from 2012 to 2014,

Associate Professor at the National Defense University in Washington, D.C. from 2011 to 2012, and Principal Deputy Assistant Secretary in the Bureau of East Asian and Pacific Affairs at the Department of State from 2009 to 2011.  He was the U.S. Consul General in Hong Kong from 2008 to 2009, Deputy Chief of Mission at the U.S. Embassy in Tokyo, Japan from 2005 to 2008, and Director of the Department of State’s Office of Chinese and Mongolian Affairs from 2003 to 2005.  Prior to that, Mr. Donovan was Political Section Chief at the Taipei Office of the American Institute in Taiwan from 2000 to 2003 and Political/Military Unit Chief at the U.S. Embassy in Tokyo, Japan from 1997 to 2000.