Cabinet Rebalance 2.0- The Avoidance of Conflict

The avoidance of conflict and embarrassment can be a strong dynamic in Javanese culture.  In the world of the shadow puppets (wayang), a balanced, steady state is the ideal. The arc of most wayang stories is from stability to a disturbance that yields a conflict to the restoration of order.   Politeness, respect, and modesty are cherished values. President Jokowi, hailing from central Java, personally embodies these qualities. Sensing disharmony in his Cabinet he has acted accordingly.

With that, President Jokowi opened his first meeting with his latest Cabinet.

For the second time since taking office in October 2014 he has shuffled his Cabinet.  The changes: reflect his growing independence from the party that nominated him; strengthen and unify his core economic team; and satisfy his larger political coalition bolstered by the recent addition of Golkar, the second largest party in Parliament.   These positive developments (including the recent appointment of the reformist Tito Karnavian as National Police Chief) emerge from Jokowi’s single-minded focus on better governance and the economy. By shedding his Cabinet of dissident voices the President made a case for only himself as critic-in-chief.   But he also sidelined several progressive voices, retained ministers with limited competence but strong party affiliations and appointed new members to satisfy the political needs of parties in his coalition some of whom seem to need a Ministerial post to justify their existence and support.

Why was Tom Lembong— who emerged as an articulate proponent of anti-protectionism when appointed only last August as Trade Minister– seemingly sidelined to BKPM Chair, replaced by real estate executive Enggartiasto Lukita, a Nasdem party insider.  BKPM made many technical improvements to its processes under its competent previous chairman Franky Sibarani (who Jokowi appointed as a Vice Minister of Industry) but the Chairman’s position is not usually a policy-making post.  Will that change under Lembong’s leadership?  Has Jokowi developed second thoughts about free trade and agreements such as the TPP?  This seems doubtful. Perhaps attracting investment is more of a priority than trade issues, hence the shift of the Harvard-educated former private equity manager. Or just a need to find a slot for a Nasdem person.

Gone are two Cabinet members that clashed, Rizal Ramli, Coordinating Minister for Maritime Affairs (includes energy, mines, fisheries) and Sudirman Said, Minister of Mines and Energy. Ramli publicly questioned decisions that Said’s technical teams had already made regarding the development of a large off shore gas field (Masela) as well as the pace of power plant development.  In their place Jokowi has placed Luhut Pandjaitan, one of his closest confidants and the owner of a coal mine, and Archandra Tahar, an energy executive who ran a Houston exploration company Petroneer.  Tahar is thought to have advised Jokowi to approve the recommendation of the field developers (Inpex and Shell) to process Masela’s gas using a less expensive offshore platform.  Ramli disagreed publicly, saying the onshore option would create more jobs and ultimately Jokowi backed him.  It will be interesting to see what happens with Masela now.  Will the decision be reversed? Of even greater importance will be how the new tandem approaches the renewal of energy and mining contracts and the development of new fields.  Sudirman Said may have been discharged more for his involvement with the public airing of a secret tape that showed Setya Novanto (then speaker of Parliament) attempting to “fix” the renewal of Freeport Indonesia’s contract rather than his overall performance and mindset.    Novanto resigned his post but made a comeback when he won election as chairman of Golkar.  Combined with Golkar’s decision to join the Jokowi’s governing coalition, it would have remained a sore point to have Sudirman remain.  He may be the unfortunate “loser” in this shuffle.

Initial statements of Said’s successor Archandra Tahar indicate support for building more refining capacity in the country (“energy sovereignty” in his words), guarantees of “legal certainty” for local and foreign investors, and a concern that foreign investors abide by regulations to divest shares and build smelters.  Investors, at least at this point, should expect continuity with past policies.  Tahar will also move to mend relations with PLN, the state electricity company that has received criticism of its handling of a program to create 35 megawatts of new power. 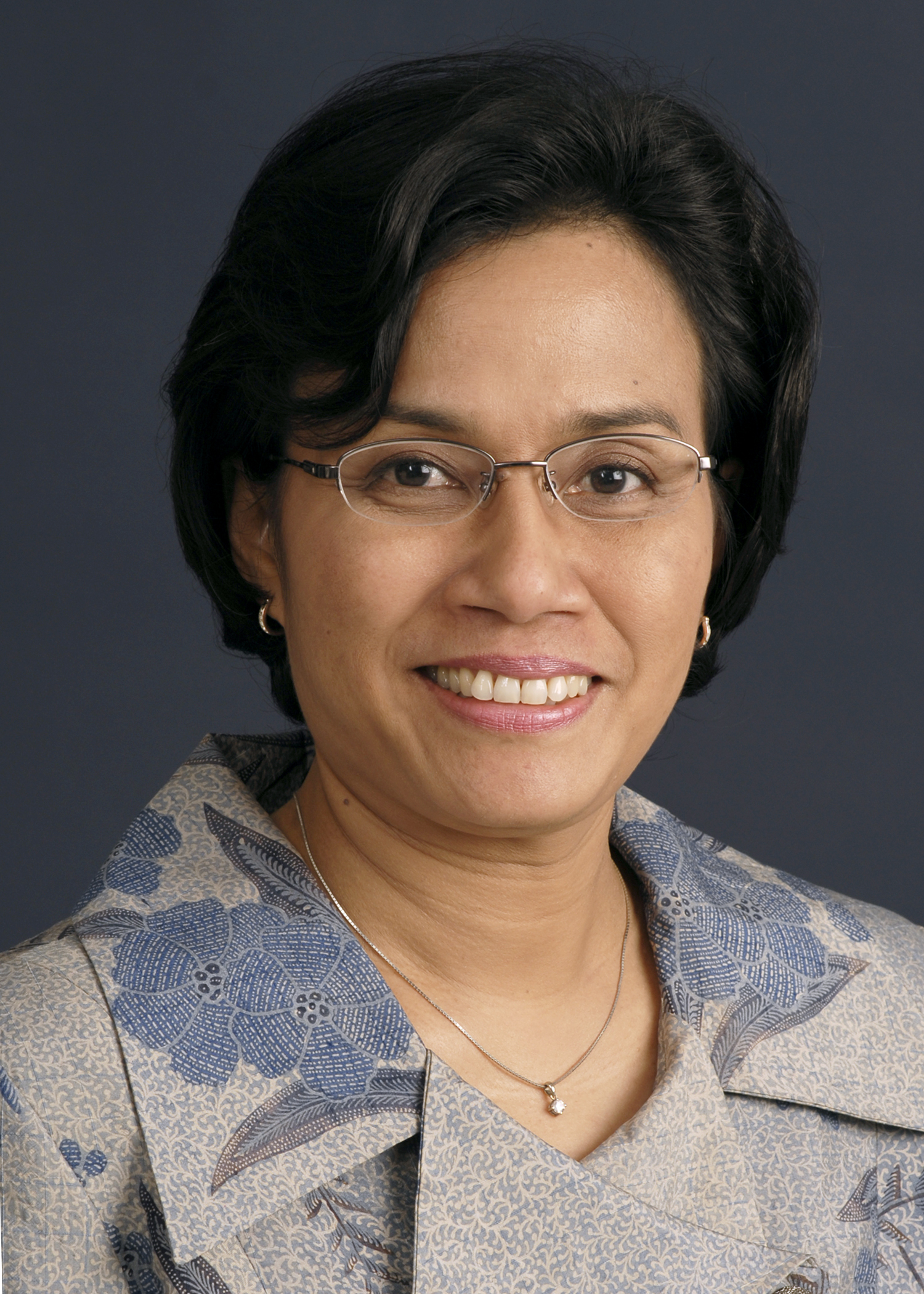 The reappointment of Sri Mulyani Indrawati as Finance Minister, widely celebrated in international capital markets, reunites her –in a kind of role reversal– with Coordinating Economics Minister Darmin Nasution, who was one of her deputy’s when she was minister from 2006-2009.  Outgoing minister Bambang Brodjonegoro moves to the National Planning Agency (BAPPENAS), a post Mulyani held from 2005-2010.  All three are closely associated with the influential faculty of economics of the University of Indonesia and can be expected–along with Agus Martowardoyo, Governor of Bank Indonesia (also a former Finance Minister)— to favor pragmatic and open policies, as well as budget discipline.  Sri Mulyani’s stellar performance during her previous tenure is well remembered along with her honorable and unfortunate exit to the World Bank when SBY would not back her tax cases against entrenched interests or stem a wave of politically motivated criticism of her role in the bailout of Bank Century. It must be expected that she and President Jokowi came to an understanding that her return would not end in the same fashion.   She, Brodjonegoro and Nasution (also a former central bank governor) should be on the same page regarding fiscal policies.  Even though tax revenues are lower because of the reduced value of many of Indonesia’s exports, Mulyani has had previous success with programs similar to the current tax amnesty.  Combined with her earlier start on reforms such as e-taxation, sharp pencil when reviewing budget requests, and generally tough persona, Indonesia is back in the sweet spot from a macroeconomic management viewpoint.  The one difference from her last stint is that her Ministry no longer oversees capital markets since the formation of OJK (Financial Services Authority).

How they will work with State Owned Enterprise Minister Rini Soewandi remains to be seen.  Will they push back on Jokowi/Soewandi enlargement of the budgets of many SOE companies that are crowding out infrastructure opportunities for the private sector?   Will they continue to enable the divestment of mining shares via large scale loans from state owned banks to private sector players as in the Newmont scenario.  (See story)

Unanswered questions also surround the appointment of former Armed Forces Commander General Wiranto as Coordinating Minister for Politics, Law, and Security.  Wiranto held this position in the first few years of Habibie and Wahid government and was criticized for not doing more to curb the violence that enveloped East Timor after it voted to leave Indonesia in 1999.  Together with the movement of Luhut Pandjaitan to the post of Coordinating Minister for Maritime Affairs, Wiranto appointment allows Jokowi to have pair two seasoned officers well versed in defense and maritime issues. Although Indonesia is not a claimant to any islands, it has taken a tougher line on China’s encroachment into Indonesian waters.  But does Wiranto have the temperament and ambition to fulfill Jokowi’s specific guide to eliminate corruption in the justice system.

We should know fairly soon answers to some of the questions.  Meanwhile, although the Cabinet may be more unified and has the headline appointment of highly experienced Sri Mulyani, the influence of behind-the-scenes political maneuvering remains. 22 months into his 5 year term,  the President is much closer to being his own man, but he is not there yet.