SPORTS AND THE CONFIDENCE TO INTERVENE

In another era the rupiah flirted with 15,000 triggering panic, violence, and eventually a change of government. As the rupiah approaches the same level today, 20 years later, we are seeing anxiety, yes, but also confidence and unity. We saw an example of this through sports. Indonesia’s Hanifan Yudani Kusumah had just won gold in martial arts (pencak silat) at this year’s Asian Games held in Jakarta. After his victory lap he ran to the VIP seats to embrace President Jokowi and his rival in next year’s election Prabowo (chairman of the Silat Association) in a group hug, in a gesture of unity. 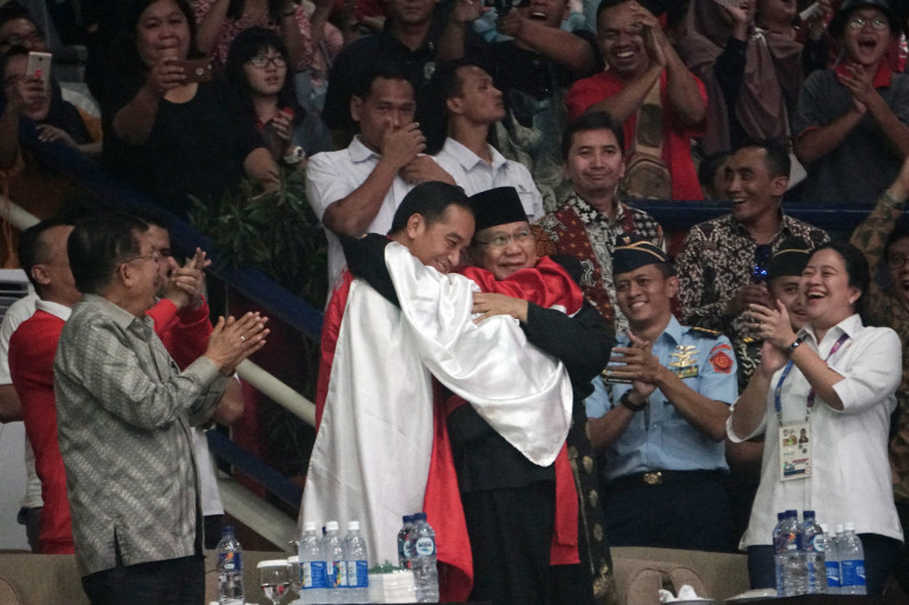 For a singular moment Indonesia was united. “Jokowi and Prabowo are both great people. We are a nation, we should not be divided because of something unimportant,” Hanifan said later, referring to political tensions between the two leaders’ followers in recent years. Indonesia won twice as many gold medals (31) than was expected and the games were concluded without any major hitches and with a smaller impact on the national budget than anticipated. Perhaps buoyed by the results President Jokowi announced Indonesia’s bid for the 2032 Olympics. But,in truth, the nation’s self-confidence has been growing independently of its sports accomplishments.

The steps Indonesian leaders have taken in the last few months to slow the rupiah’s depreciation demonstrate a rising belief of their ability to intervene. This is not 1998 when the nation sought help from outside organizations such as the IMF. This is a new, resilient Indonesia that believes it has the tools and experience to manage its way out of current and future crises. Some of the moves seem contradictory (i.e. pursuing free trade deals while closing some markets to foreign products) but would be well understood by many Indonesians for their paternalist as well as nationalist nature. Among them are:

These moves may help on the margins but in the face of a stronger dollar and what seems to be a growing herd mentality to either sell emerging market assets, or at least hold off on buying them until trade wars and other economic allergies subside, they may not be enough. It won’t help that traditionally Indonesian companies hold dollars– often in offshore accounts- rather than exchange them fearing further depreciation.

Even though I am skeptical of some of the overly interventionist policies I admire not just Indonesia’s confidence but also its reserve. It knows its fundamentals remain attractive and that buyers will come back in. Unlike Turkey’s Erdogan, President Jokowi is not blaming currency depreciation on the US and President Trump, foreign banks, or “the evil of interest rates”. He is focused on the right things. “There are only two key [things] – investments must continue to increase and exports must also increase so [we] can resolve the current account deficit”, Jokowi said recently. In light of this statement perhaps the President should consider shifting the burden of investing tens of billions in the shares as well as the ongoing operations of oil fields and mines away from state owned enterprises. Indonesia can save its precious foreign exchange by letting the private sector make these investments. He could remove other barriers to direct foreign investment and begin a serious reform of the often corrupt judicial system. Lifted by its amazing performance in the Asian Games, the privilege of hosting this year’s World Bank/IMF meetings and a future Olympics, would national pride really suffer ?