Case numbers have been rising since March however fatality rate remains low and the number of recovered patients keeps rising. 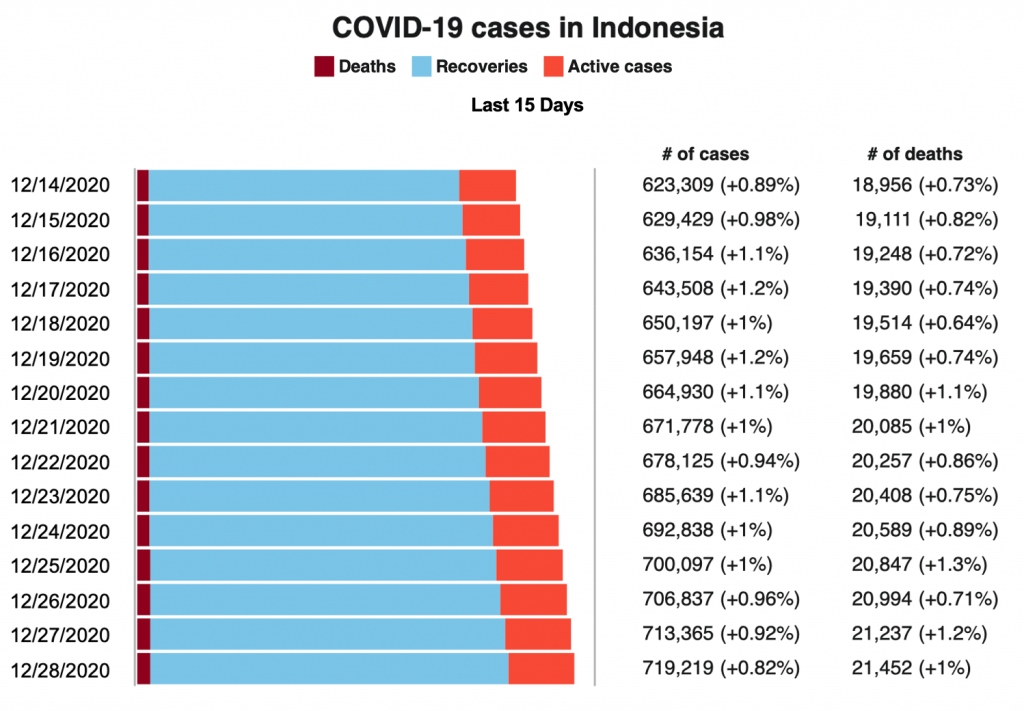 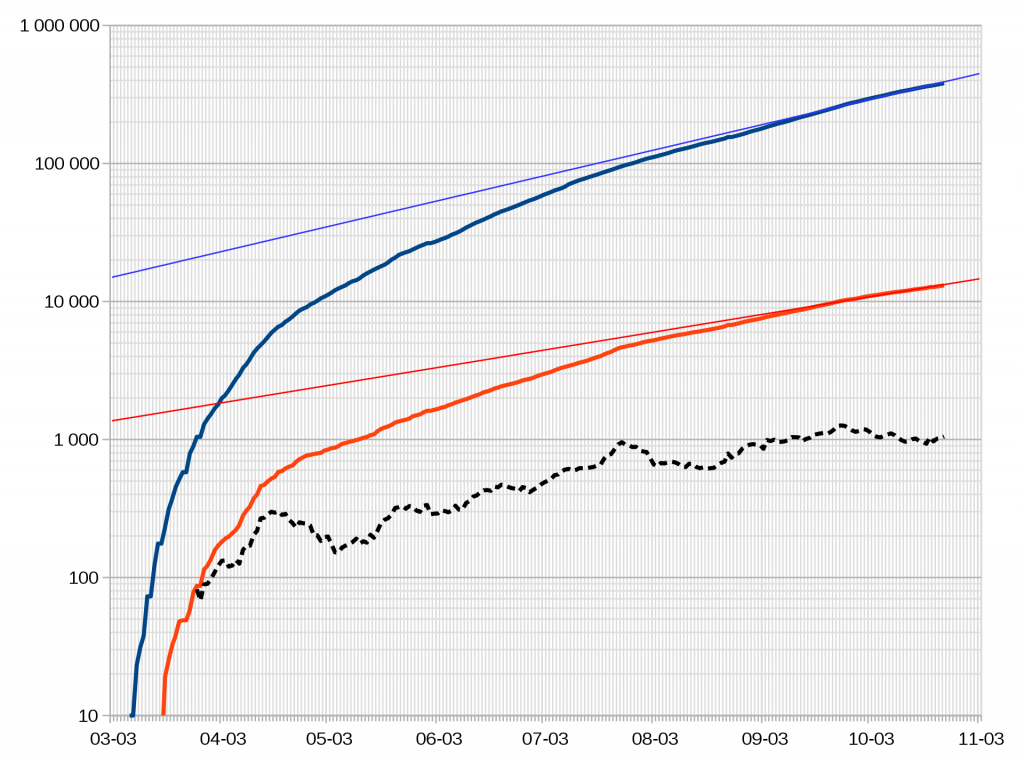 Number of cases (blue) and number of deaths (red) on a logarithmic scale.

Jakarta became the first province that confirmed COVID-19 cases, while Gorontalo was the last to do so. On 6 July, Jambi became the last province to report a death, 53 days after the penultimate province East Nusa Tenggara did. Central Java set a record for most cases in a single day by a province with 2,036 cases, beating Papua’s 1,755 cases. Java is currently the epicenter of the pandemic since it has more cases than all other regions combined. Furthermore, four most affected provinces are located on the island. 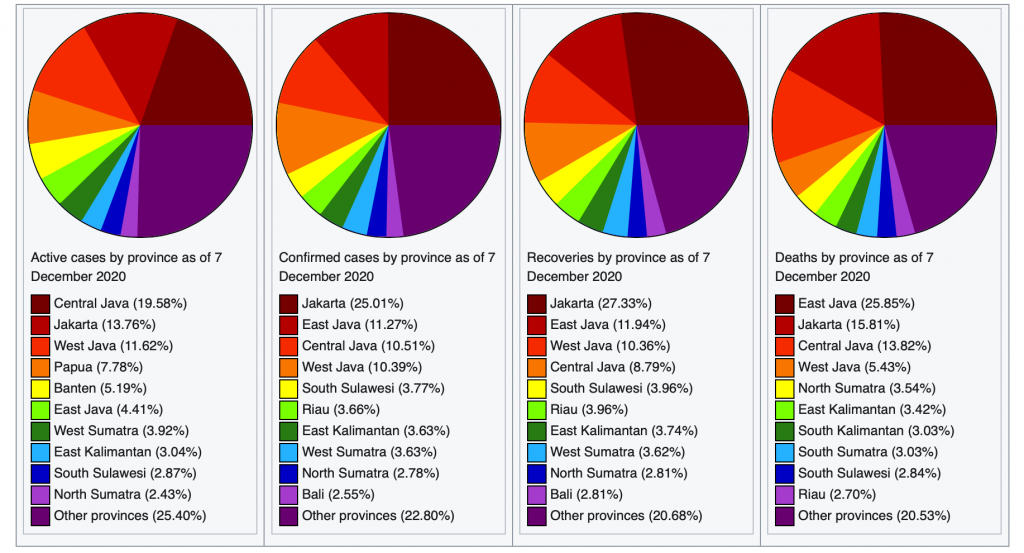 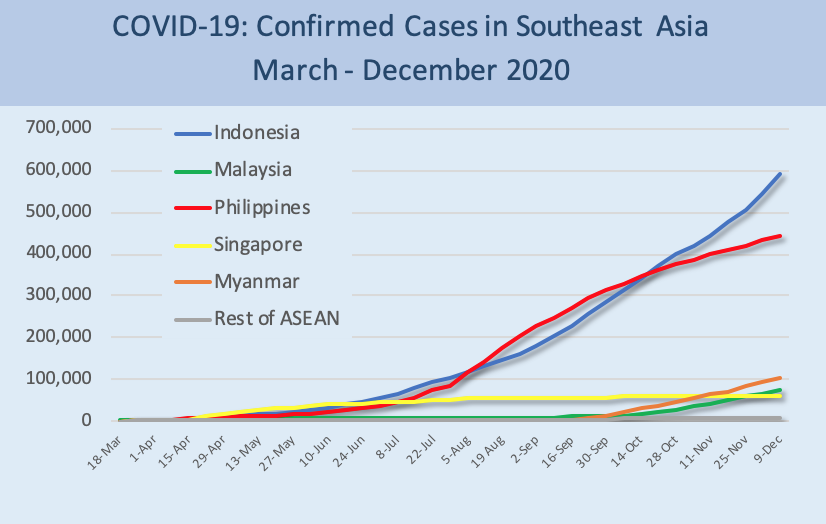 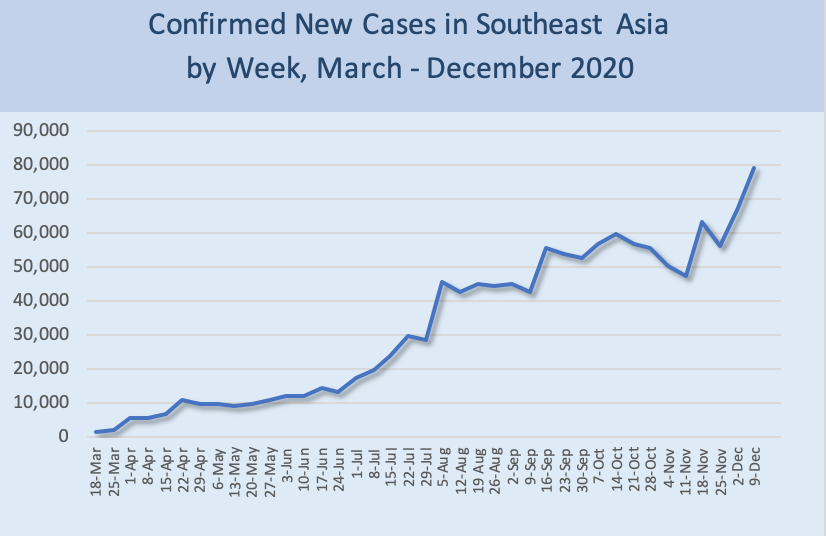