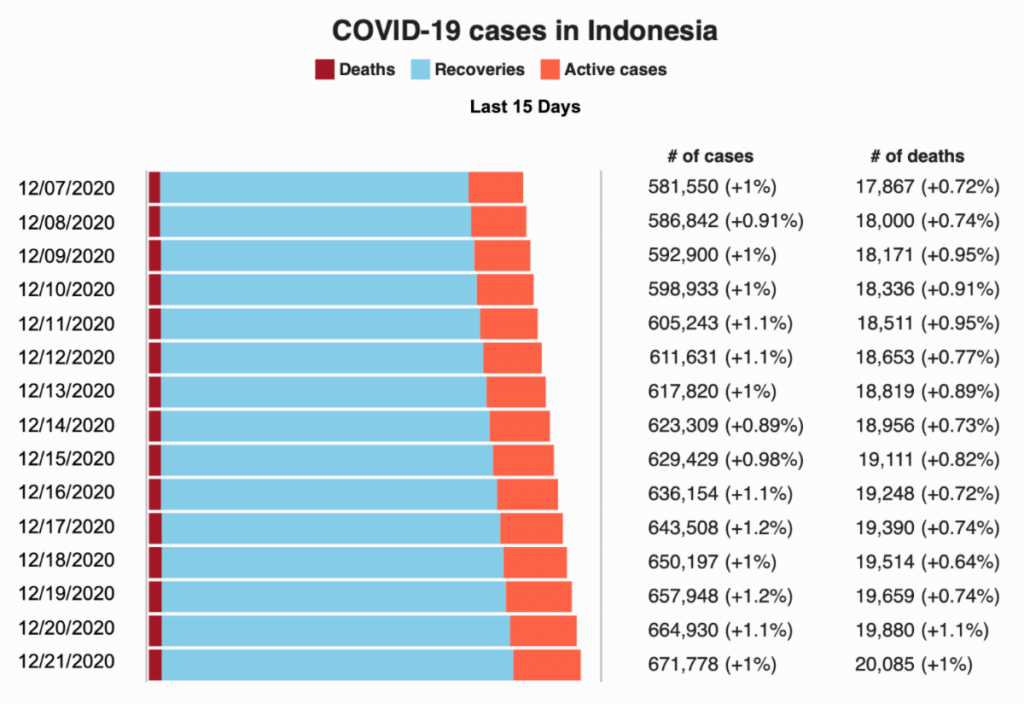 Nationwide case growth slowed from 17 to 11%, week-on-week but the national positivity remains a troubling 17%. Fatalities reached a new high on December 15.

President Joko Widodo announced on Wednesday (Dec 16) that he will be the first recipient of a Covid-19 vaccine in Indonesia and the vaccination will be available free to all Indonesians. The government expects to reallocate remaining COVID relief funds and alter its 2021 spending plan to accommodate the vaccination program.