The Women Have It !

Separated by thousands of miles of geography but not in their attitude toward the workplace, 13 women C-Suite executives from the US and Indonesia met each other and 170 other guests at AICC’s US-Indonesia Women’s CEO Summit on October 11 in Washington, DC.

They represented a diversity of companies: banks, law firms, mining, oil/gas, retail, property, manufacturing. Some came from state-owned enterprises, others from some of the largest companies in the world. For most, men were no obstacle to advancement, especially if they were from families with several brothers, a supportive father or mother who had been to college. Others described difficulties with being the only women in the room or traveling abroad wearing a headscarf. The Indonesians were particularly interested in US corporate practices surrounding women’s issues.

The day began with one of the most inspiring keynote addresses AICC has ever hosted by Indonesia’s Finance Minister, Sri Mulyani. Her words, her

story, her request that we embrace peoples and culture different than are own, set exactly the right tone for the day’s discussions.

Preceding the Minister’s remarks AICC awarded certificates of achievement to 4 Indonesian students, two from the US and two from Indonesia, who had won an essay contest sponsored by Citi. Asked to write about what leadership skills will be necessary for future Indonesian leaders to succeed in the global economy or what entrepreneurial qualities are inherent in Indonesian culture and applicable to new businesses, AICC received over 150 essays. Dissa Raras, Columbia; Audrey Tirtahadiguno, Cornell ; Satriani Andriani, Bandung Institute of Technology; and Amalia Muhlis, University of Indonesia each won roundtrip transportation and lodging to attend the event as well as a 1:1 mentoring session with Julie Monaco, Head, Global Public Sector Affairs at Citi and Julia Gouw, former CEO of EastWest Bancoprt. 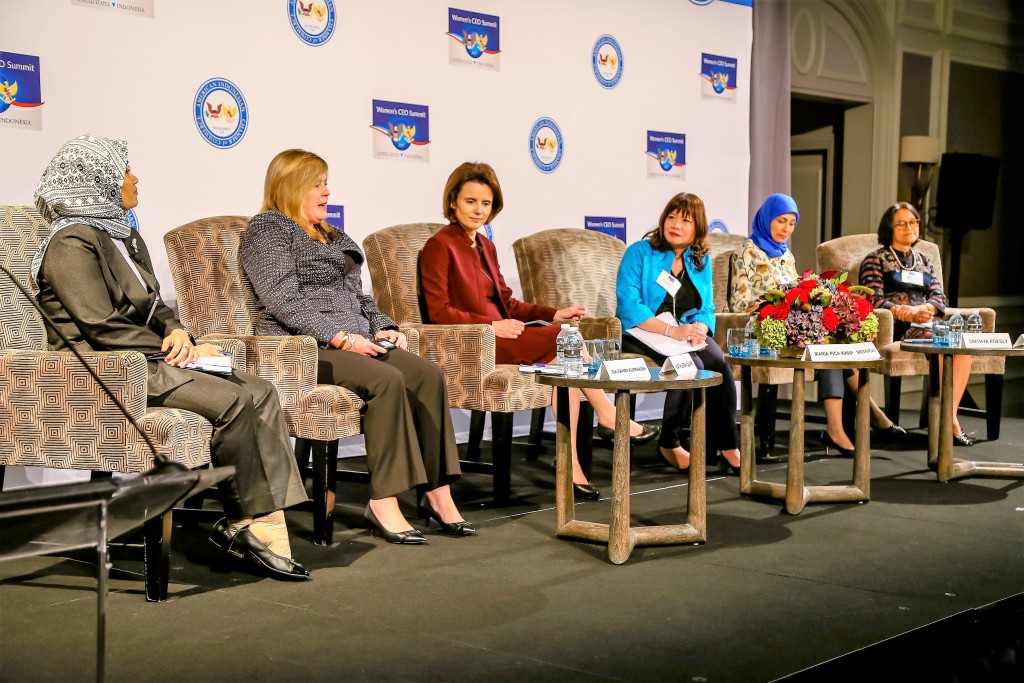 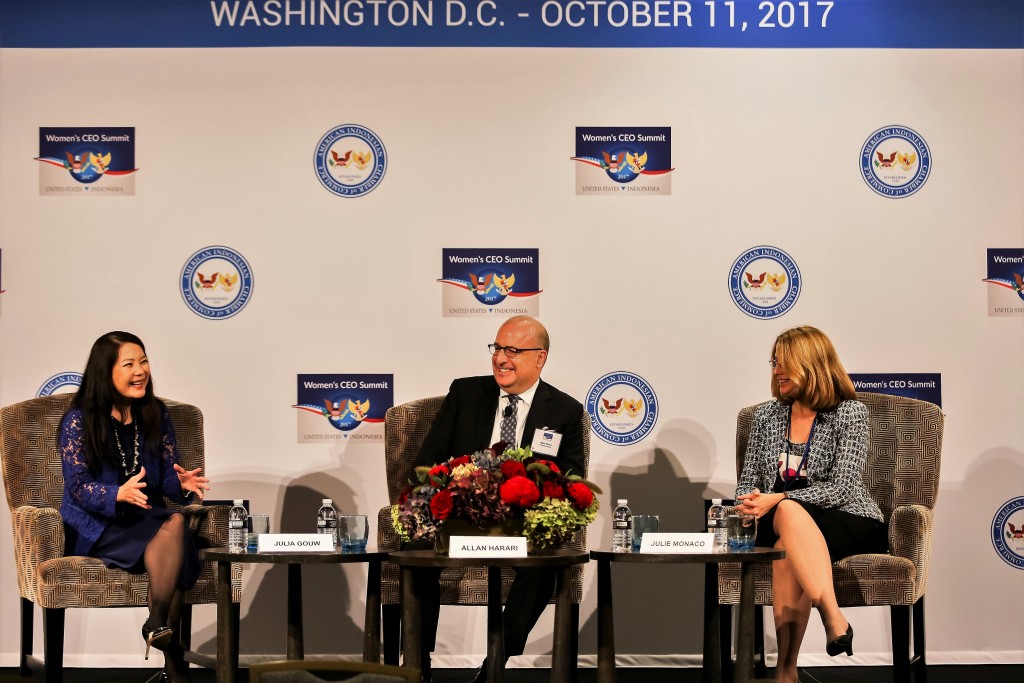 The final panel was “A Woman’s Journey”, a dialog over lunch moderated by Allan Harari, AICC’s Chairman featuring Julie Monaco, Head, Global Public Sector Affairs at Citi and Julia Gouw, former CEO of EastWest Bancorp. One American, the other Indonesian, each have appeared on the American Banker’s Top 25 list of women in banking and finance.